Dr. Anesi was born in Van Nuys, California. He attended the University of California, Los Angeles, and graduated Cum Laude with a Bachelor of Science degree in Physiological Science in 1999. He continued his studies at the University of California, Los Angeles, earning a Master’s Degree in Physiological Science in 2000. Dr. Anesi earned a Doctorate of Medicine in 2006 from the Keck School of Medicine at the University of Southern California. Upon completion of his Surgical Internship at UCLA Medical Center in 2007, he traveled east to Nassau University Medical Center in East Meadow, New York for his Residency in Ophthalmology. After completion of his residency in 2010, where he served as Chief Resident, Dr. Anesi traveled to Cambridge for his Fellowship in Ocular Immunology and Uveitis with Dr. C. Stephen Foster.

Upon his completion of his fellowship with Dr. Foster in June, 2011, he was invited to join the medical staff at MERSI as a staff physician. In 2016, he became an Associate Partner at MERSI. 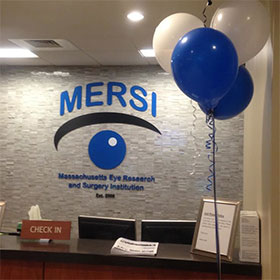 All of our physicians have completed Fellowships in their specialty.

From the treatment of common eye conditions to the ongoing management of complex systemic eye diseases, MERSI is committed to meeting the needs of each individual patient.